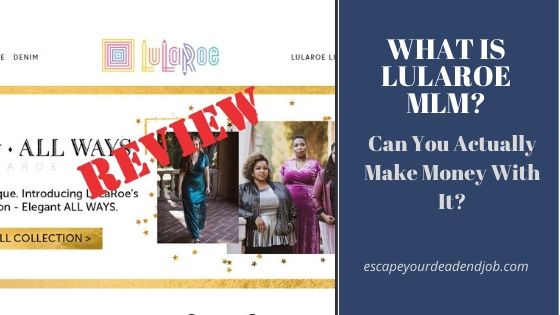 Online businesses have become all the rage especially with the increased accessibility of the internet. If you have ever tried to make money online, chances are that you may have encountered Multi-Level-Marketing opportunities. Over the years, many MLM businesses have garnered negative reactions from those who have invested in them. This, in turn, has altered the public perception of businesses that are based on multi-level marketing, with many regarding them to be scams. Here is a look at Lularoe, one of the businesses in the MLM niche, to help you determine if it is indeed a scam you should avoid or a genuine business worth investing in. So, what is Lularoe exactly?

Lularoe is an MLM company that was created in 2012 by the husband-wife duo of Mark Stidham and Deanne Brady. Lularoe has its headquarters in Corona, California in the United States. Before co-founding Lularoe, Deanne worked in network-based marketing, and it was during this time that she decided to combine forces with her husband and launch her own business.

Initially, the company focused on retailing maxi skirts, but as the company grew, dresses and skirts were added to its product line. The company also began making designs using its custom fabrics. In 2014, the company introduced a line of leggings that went on to become one of their most popular products.

Over the years, Lularoe has faced criticism as well as lawsuits from consumer advocates and distributors over a variety of issues concerning its way of conducting business, and for customer complaints that have been brought forward regarding the design and quality of the company’s products.

WHAT PRODUCTS ARE OFFERED BY LULAROE? 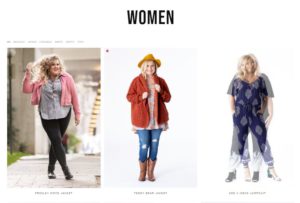 Lularoe offers skirts, dresses, shirts, leggings, etc. which they describe as comfortable yet stylish. In addition to offering women’s clothing, the company also makes children’s and men’s clothing. Lularoe aims to create clothing for all body types, and the materials that are used are supposedly required dry cleaning or special handwashing to maintain the craftsmanship of the design. Because Lularoe aims to make clothes that can be worn by different body types, most of their pieces tend to run a bit big

HOW MUCH DOES IT COST TO BE PART OF LULAROE? 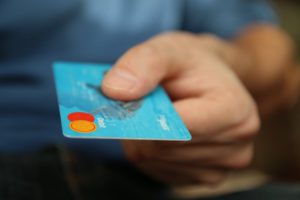 To become a distributor for Lularoe, you will first need to complete an online application as well as an onboarding checklist. An onboarding checklist is simply the items that you want in your collection for your inventory. Each design you choose will include anywhere from 40 to 80 clothing items. For instance, if you order 80 pairs of leggings, you will receive 15 for one-size-fits-all, 5 for tweens, 10 for tall and curvy, 5 for kids medium/small, 5 for kids extra-large/large.

You will then need to choose a package, with the following options provided:

According to the compensation plan, residual commissions are paid to distributors through a unilevel pay plan. Where you can earn commissions in two ways:

A unilevel payment structure is set up in such a way that all the referrals you made will be placed on level one. When affiliates on your first level bring new members, they will be on the second level. When the second level affiliates bring in other affiliates, these new members will on the third level. This theoretically goes on to infinity.

The Lularoe compensation plan comprises of several affiliate ranks. Here are the ranks with their respective qualification criteria:

To qualify as a Lularoe affiliate, you are required to sign up.

To become a sponsor, you have to run a minimum of ten pop-up boutiques, recruit at least one other distributor, and generate a minimum of $10,000 in retail sales volume. 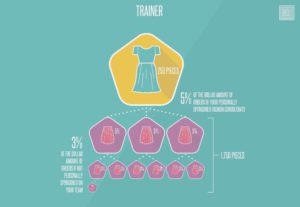 For this rank, you are required to sell a minimum of $3750 to customers (at least 125 pieces of clothing), generate at least $19,500 in retail sales in your downline, recruit and maintain a minimum of three affiliates and have a downline that comprises of at least ten affiliates.

To qualify as a coach, you have to sell a minimum of $4,500 to customers (at least 150 pieces of clothing), generate at least $25,500 in retail sales in your downline, recruit and maintain a minimum of six affiliates and have a downline that is made up of at least ten affiliates.

For the mentor rank, you need to maintain the volume requirements as dictated in the coach rank as well as recruit and maintain a minimum of six trainers or higher ranked distributors (3 coaches or higher). 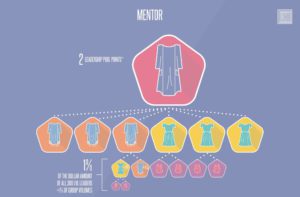 It is worth noting that the downlines of affiliates that rank as trainers or higher are not included in downline quotas. A “piece of clothing” encompasses all Lularoe designs except for their leggings.

Residual earnings are paid based on the rank that you attain:

For the sponsor rank, you earn 5% on the wholesale value of retail sales that are made by an affiliate that you sponsor.

You get to earn 5% from purchases that are made by your direct referrals, 3% from referrals on your second level and below, and 1% from all the affiliates first ranked as trainers down per line.

You are eligible to earn 5% from purchases made by your direct referrals, 3% from referrals that are on your second level and below, and 1% from all the affiliates 1st and 2nd ranked as trainers in your downline.

You are eligible to receive 5% from purchases made by your direct referrals, 3% from referrals that are on your second level and below, and 1% from all the affiliates 1st, 2nd, and 3rd ranked as trainers in your downline.

Affiliates that have attained the coach rank or higher get to earn a bonus percentage on the wholesale volume that is generated by trainers on the second level and deeper or by higher ranked affiliates.

The wholesale bonus is paid out on the downline under the second level trainer or higher ranked affiliate as follows: 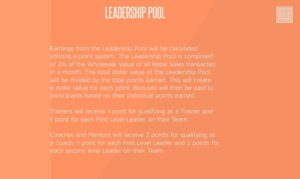 If a newly recruited affiliate sells 175 products (a minimum of $5250 in retail volume) within the first three months, they are eligible to receive a free 50-piece order of clothing, plus their upline will also receive a $500 cash bonus. 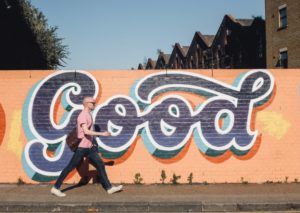 The compensation plan that is provided is straightforward and simple, which is not as common as you might expect especially with MLM companies. The requirements provided spell out how you are supposed to earn commissions.

You will not find too many MLM companies that specialize in the clothing niche. This is refreshing to see especially when you consider the fact that niches such as health and wellness are commonplace and oversaturated as a result. As a result, it might be relatively easier for distributors working for the company to sell products. 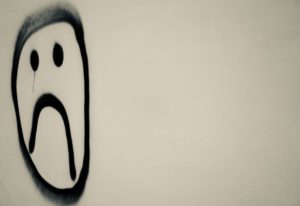 Unless you have a massive group of friends and family who are willing to sell pieces of clothing as well as recruit others to do the same, working as an affiliate for Lularoe is hardly the easiest way to make money online. You will need a high level of online marketing skills and a platform that attracts a lot of visitors who could potentially sell the products that you are trying to sell. The new affiliates that you recruit will also need to have considerable recruitment skills so that you can build a unilevel structure that will, in turn, help you increase your commissions. Just as you might expect, the recruiting aspect of Lularoe is very time-consuming and requires a lot of hard work and patience.

In October 2017, a class-action lawsuit was filed against Lularoe that accused the company of being a pyramid scheme. The plaintiffs involved in the suit accused Lularoe of misleading advertising, unfair business practices, and breach of contract. This lawsuit, among others, might be enough to raise doubt in customers and discourage them from making purchases. It could also mean that you should proceed with caution as an investor.

Many companies have opted to adopt the MLM business model as it usually means that they don’t have to invest too much money when it comes to employee wages. In most cases, the affiliates usually do most of the work by buying, selling, and encouraging others to buy the products, yet they only get to make earnings in the form of bonuses and commissions. Thereafter, the payouts you receive after doing all that work as an affiliate are not worth the effort that you are expected to put in.

The cost of the packages you are expected to purchase to start earning commissions as an affiliate ranges from $4,812 – $7,784. The pricing is undeniably expensive and not everyone might be willing to spend such amounts on the packages. This will make it hard for you to build a downline as you might have a time convincing prospective affiliates to make purchases.

Lularoe does not have an income disclosure statement that prospective affiliates can refer to and find out what distributors who work with the company earn on average. This could be seen as a lack of transparency on the company’s part, which is quite concerning. It would have been nice to be able to refer to the average income figures to get an idea of what you can expect to make.

There have been complaints raised by customers regarding the quality and design of the pieces of clothing, with a group of customers even going as far as filing a class-action lawsuit against the company over the poor quality of the products.

Check out this Business Insider Article about Lularoe

Lularoe is a genuine company, but when you consider the low quality of products, the lawsuits that have been brought against it, and the need to constantly recruit new affiliates, it is hardly the ideal company to invest in. additionally, because of how Lularoe is structured, the earning potential working as an affiliate for the company is low, with those that are at the very top getting the most profits.  So, what alternatives do you have?

WHAT IS BETTER THAN LULAROE? 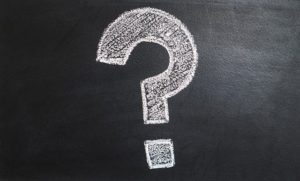 If investing gobs of cash, selling stuff to family and friends and dealing with inventory is not your cup of tea, I have good news.  You can start your own business, online, with very little initial investment and with no inventory required!  Too good to be true?  Not really.

Tons of people in the know are making money online by promoted products that they believe in to people that need help.  They get paid a commission each time their audience acts on their promotion.  This is called affiliate marketing.

If you want a business that works for you 24/7/365, then affiliate marketing is for you. Most of all, it is unique in that it does not require you to trade time for money like traditional businesses.

I hope you take me up on my offer!  I will be waiting for you on the other side where I can answer any questions you may have.  My goal is to help you succeed!